Between Sand & Sea Hook: The Howling Thirst of the Maghreb

Published by: Atlas Staff 03/03/2015
The old tribes of the Maghreb worshipped nature and the various spirits that resided in many sacred sites. While most of these spirits have faded away with the coming of Islam and the Divine, one sort of genii loci has persisted. Unconnected to any single location, the Magical spirits of the desert winds are a capricious family of entities who defy the beliefs of men and roam the sands.

The Sirocco is the hot, dust-bearing wind that comes from the southeast and often reaches hurricane speeds. Known to the locals as the Ghibli, this wind-spirit manifests as a veiled Tuareg warrior with a harsh temper and a blade to match. Howling winds of sand swirl around every step it takes. Few have braved the ferocity of the Sirocco and survived without extensive protection, both magical and mundane.

Between Sand & Sea provides the ideas, hooks, and background your Troupe needs to encounter the dangers of the desert in search of hidden lore. Whether it’s a howling wind spirit or a cult of sun-worshipping magicians, no two journeys into the sands of Mythic Africa are alike. 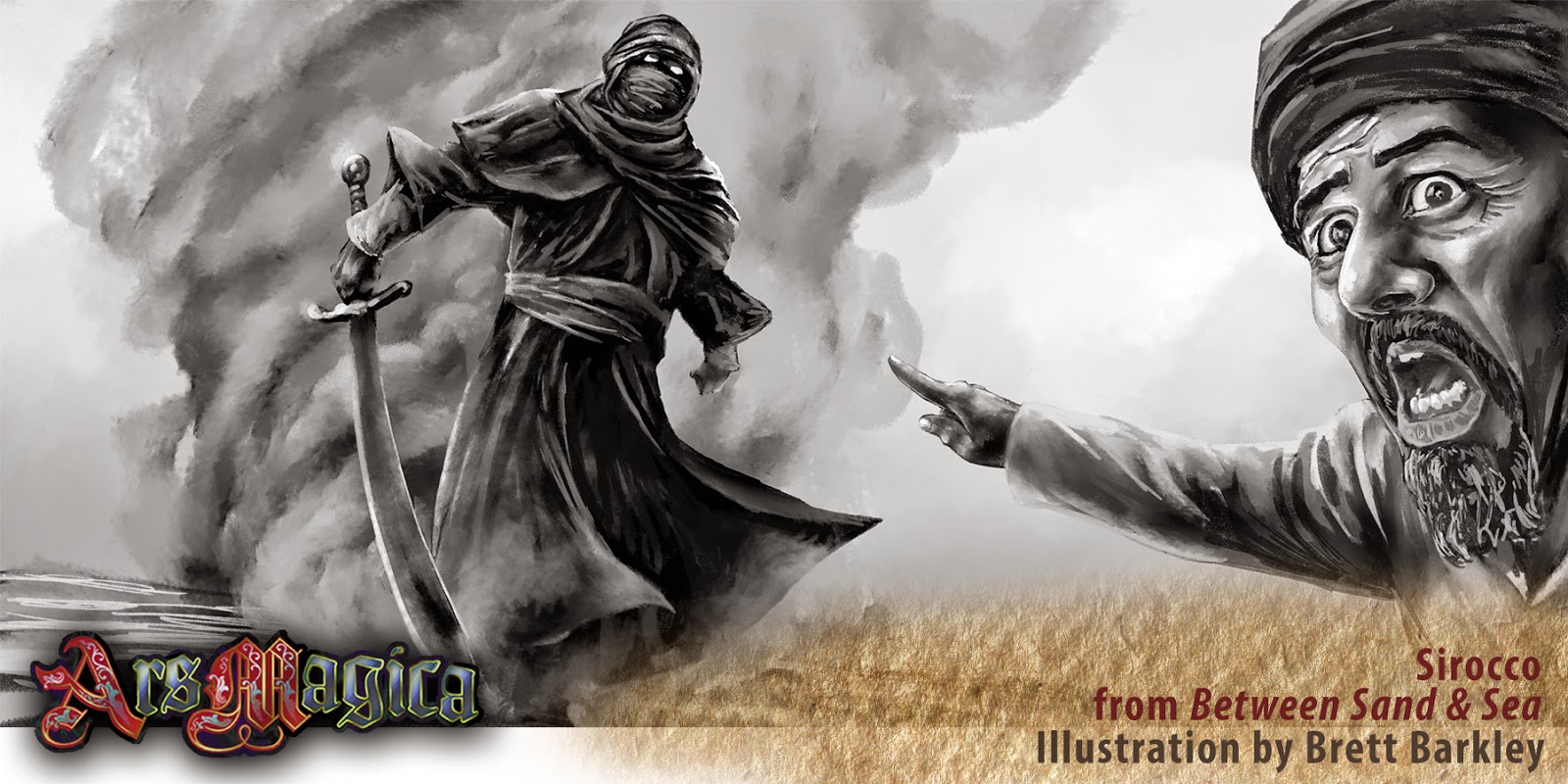 Learn more about the Howling Thirst of the Maghreb — and many other magical entities and creatures of Mythic Africa— in Between Sand & Sea for Ars Magica Fifth Edition, now available.