Grokking the Difference: Jonathan Tweet on Unknown Armies vs. Over the Edge

Published by: Atlas Staff 06/12/2018
In the final post in our Grokking the Difference series, we talk to Jonathan Tweet, designer of Over the Edge and Clades. Jonathan has also had a hand in the development of other classic games like Ars Magica, Dungeons & Dragons 3rd Edition, and 13th Age. Here are a few of his insights into the things that distinguish Over the Edge from Unknown Armies. 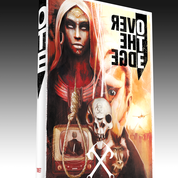 There are a number of differences I can see between Over the Edge and Unknown Armies. First, Unknown Armies has a cool backstory that the characters can plug into. Over the Edge is more about the story that players bring, while the backstory is chaotic and self-contradictory.
Second, Unknown Armies says there is a secret order to things. Over the Edge says it's chaos, not order, that runs the world. A lot of it lands right in the characters' laps. If you walk down a street in the Edge, the chaos jumps out at you. You might see baboons patrolling the streets as cheap security; public shrines from undocumented and bloody spiritual traditions; or a heavy metal band ruling a poor neighborhood with high-decibel concerts and street violence. Ultimately, a lot of the flavor of Over the Edge just comes from horrible people being themselves or exploitative systems doing their thing. 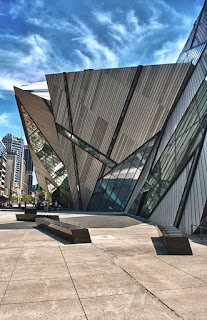 Unknown Armies is serious. Over the Edge is serious, but with generous side helpings of hyperbole, satire, and farce. Over the Edge is relentlessly urban, while Unknown Armies embraces the rural American side of life, too.
As far as game systems go, Over the Edge is more freeform in terms of dice-rolling and mechanics, compared to Unknown Armies. There is, for example no mechanical magic system to use that represents secret knowledge in the game world. Players define their characters' paranormal abilities, if any, in a loosely structured way.
Unknown Armies 3 has streamlined mechanics, and so did the original Over the Edge. The new edition of Over the Edge that will be coming out takes streamlining to another level. A single throw of the dice can resolve an entire scene, such as what results when a character breaks into an apartment looking for clues. Bypassing security, finding a way in, staying quiet enough to avoid attention from neighbors, not getting bitten by vipers serving as guards, and finding important clues (or not) can on a single throw of the dice.