The Penumbra+2 Bundle of Holding 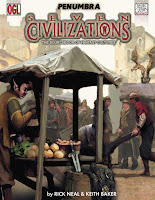 The Open Game License for the World’s Most Popular Role Playing Game changed the way the industry worked, and Atlas Games was there from the very beginning. Our classic adventure Three Days to Kill was the very first OGL release, and it established the tone for our entire line of D20 products — the Penumbra line. The mission was simple: Give game masters and players content they could use right away, in whatever way worked best for their campaigns, with great art, great writing from some of the best authors in the business, and a ton of imagination. We’re proud to say that Penumbra continues to do that as well today as it did when it first arrived.

For $5.95, you get the four core books of the Penumbra Starter Collection: 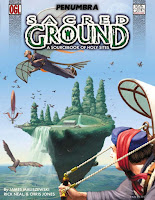 Level up for the threshold price (currently $15.50) and get six additional sourcebooks in the Penumbra Bonus Collection!
Together these ten PDFs retail for $113. They’re available here for the first time as part of this special Bundle of Holding, and the best part is that 10% of total purchases (after payment gateway fees) goes to Doctors Without Borders. As with all Bundles of Holding, though, this offer has an expiration date. If you play any version of the World’s Most Popular Role Playing Game, there’s something here for you, but only if you act by October 16!