Through the Aegis Hook: The Ax of Cú Roí mac Dáire

Published by: Atlas Staff 04/21/2015
The Ax of Cú Roí mac Dáire  — which supposedly once belonged to the Ulster king Cú Roí mac Dáire — is a fairy weapon. Though it appears too large for anyone to wield properly, those who are brave-hearted and daring may use it one-handed, as if it were no heavier than a hand axe.
The Ax is one of the many treasures of the covenant of Longmist, located in the Hibernian Tribunal. In the illustration here, a valorous companion of the covenant fends off a pack of wolves, bolstered by the Ax and the strength of her own fierce character. 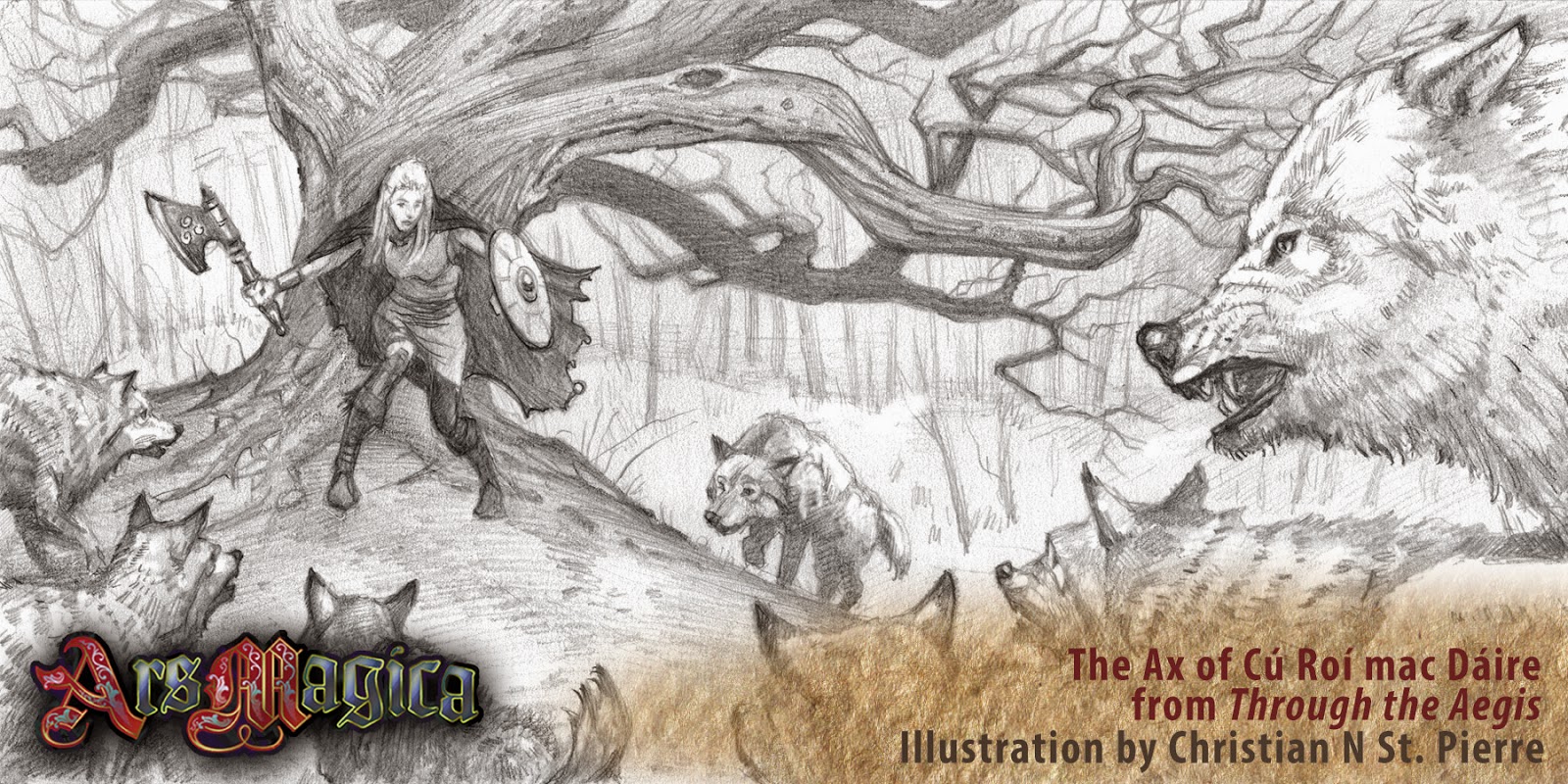 The Ax, like many of the other treasures in Through the Aegis for Ars Magica Fifth Edition, is a source of vis — magical power coveted by magi for their rituals. Here are some story ideas connected to the Ax of Cú Roí mac Dáire:

See The Contested Isle: The Hibernian Tribunal for more details about Ulster and the other provinces of Ireland in Mythic Europe.