Through the Aegis is Arriving in Stores 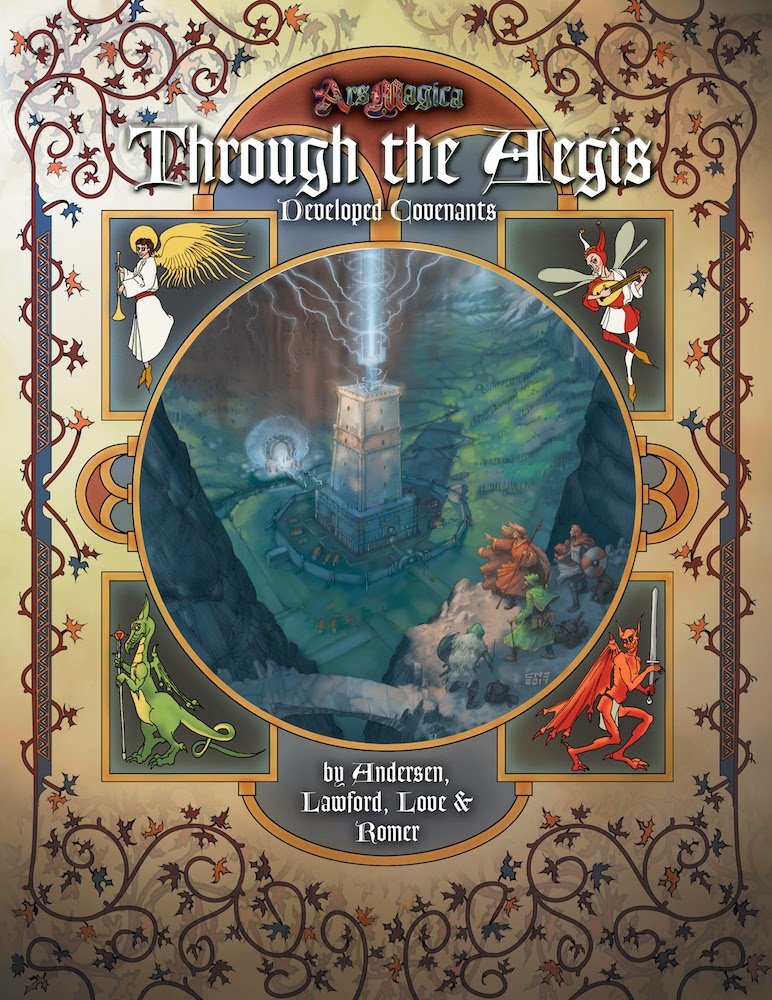 The covenant is the heart of an Ars Magica saga. Each one conceals secrets within its Aegis, secrets that often — over time — become hidden even from their own members.
Through the Aegis is arriving in retail stores now! It details five fully furnished covenants populated by magi, companions, and grogs. Each represents a covenant in a different season: Spring, Summer, Autumn, Winter, and a renewed Spring. Located all across Mythic Europe, each covenant offers myriad opportunities for adventure and intrigue, either as destinations for curious magi or homes for your player characters. Examples of covenants have appeared in Ars Magica Fifth Edition books in the past, but never have any been presented with such focus on the mysteries and peculiarities of their histories.
Through the Aegis was written by Christian Rosenkjaer Andersen, Mark Lawford, Richard Love, and Christian Jensen Romer. Cover illustration by Christian St. Pierre; interior illustrations by Brett Barkley, Jason Cole, Jenna Fowler, Jethro Lentle, and Christian St. Pierre, with cartography by Matt Ryan.