Published by: Atlas Staff 04/11/2016
This is another of our series of guest blogs by creative talents connected to Unknown Armies. Today, we've got a short anecdote by Atlas Games' very own Michelle Nephew. 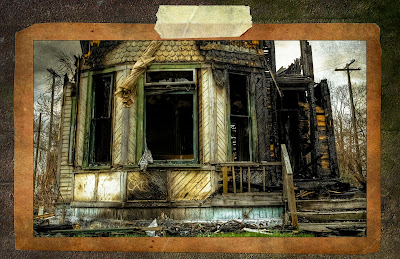 My first time playing Unknown Armies was pretty mind blowing. It was a game at Gen Con, run by co-creator Greg Stolze himself. If that wasn't enough, it was his weirdly compelling "Jailbreak" scenario from One Shots, wherein a group of escaped convicts and their hostages uncover an unnatural secret at a nearby farmhouse.

I was playing the farmer's wife, and by the end of the session I'd killed him and then myself, to a standing ovation by the rest of the players at the table, who all agreed it was an entirely satisfying ending for us.

Yep, that's Unknown Armies for you.

You can download the "Jailbreak" scenario or purchase the One Shots PDF by following the links above. One Shots is also included in Crazy Pack 1, part of the selection of add-ons at the Unknown Armies Third Edition Kickstarter.