Unknown Armies: "Not Your Way, My Way!"

Published by: Atlas Staff 04/06/2016
The following is the second of our guest blogs for Unknown Armies Third Edition, once again by co-creator and lead designer Greg Stolze.
The third edition of Unknown Armies makes a number of changes to the mechanics and, moreover, to the overall gaming framework. Most of these had the player’s experience at the table squarely in the crosshairs.

The first thing I did with the new rules was attempt to streamline things a little. I’ve always craved efficiency in my systems, and my desire to have things do double or even triple duty has only deepened as I’ve aged into this crotchety, cane-waving burlesque of my supple-joined younger self. If you’re an old UA fan, kiss Body and Speed goodbye. No one was ever really excited about having a high Speed score, were they? Instead, all the stuff that used to default to “Er, um, I guess we use Speed for that?” is now bolted to a series of innate Abilities. These are broad categories of endeavor that anyone can try—spotting a clue, jumping a fence, punching a shark. They’re now tied to your levels of trauma, so if you’ve experienced a lot of violence in your life, your wild haymakers are more likely to land with a sickening thud. But at the same time, in exchange for being a more efficient deadly weirdo, you lose your ability to make emotional connections. One rises, one must fall. The more of a degenerate criminal you are, the less you’re able to function as a reliable, trustworthy job-holder.
(If you’re a fan of A Dirty World, this dichotomy of ability may look a little familiar.) 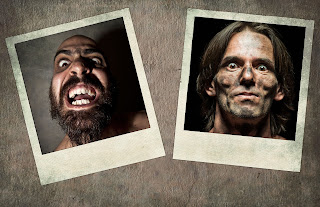 There are end-runs around this, of course, and they come from doubling down on the do-it-yourself skills that people always liked in earlier UA editions. Those are now Identities and they do even more than they did previously. They sub in for Abilities, without eroding as you get more hardened to life’s awfulness, so if you have an Identity that lets you bond with other humans—an Ability that gets weaker as you become more inured to violence—it doesn’t change as you get more hardened and emotionally scarred. Mostly though, Identities work this way: You can roll them for anything, if the sentence “Of course I can do that, I’m a ______!” makes sense. Want to use your Accountant Identity to embezzle from your boss? “Of course I can hide the money offshore, I’m an accountant!” Works less well for “Of course I can jump the gorge on my Harley, I’m an account!”
(If you’re a fan of Over the Edge, this breadth of definition may look a little familiar.) 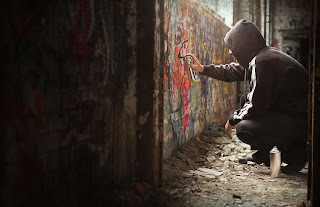 Other changes focused on the biggest problem from first edition, which was that people read it and said “It’s awful neat, but what do you do?” Second edition addressed this with narrative frameworks—“We’re all agents of the New Inquisition” or “We’re trying to expel the Masterless Man from the Invisible Clergy” or “We’re DEA agents who stole occult artifacts in South America.” Third edition digs further into that, placing narrative frameworks front and center in character generation. The first thing you decide is not who you are, but what your group is trying to do. Your group, your cabal, is constructed around this Objective.
(If you’re a fan of REIGN, this sort of collective ambition may look a little familiar.)
Having the players define an objective not only gives them buy-in on the game, it helps resolve the tension between “sandbox” and “railroad” play styles. If you’re not up on these ideas, I’ll give you the very brief version. In a railroad game, the GM has set it up like a maze (often it’s a literal dungeon) and the players’ choices are limited, though possibly very broad. This is great for GMs, who get to prepare a lot, but can leave the players feeling like rats in a maze. Sandbox, on the other hand, lets players steer the plot, which offers intoxicating freedom… but requires the GM to spin a lot of plates and be ready to pivot towards the next shiny object that catches the PCs’ eyes.
Objectives try to build a railroad through the sandbox. The players get to pick what the Objective is, so they get that ‘freedom’ that kids today are always going on about. The GM, on the other hand, knows the one thing they’re going to be hellbent for every session, and can plan accordingly.
UA has always been character-focused, and now the character generation system reflects that, by having players collaborate on the local setting while they build characters. Everything starts out connected. PCs start out connected to locations and, most importantly, to each other. Building out from the Objective aims the setting straight at the characters, and aims them right at each other.